I hope by sharing this part of my story, this will help someone who is either experiencing the same type of mysterious pain, who is discouraged that they don’t know if they will ever be healed, or encourage someone to keep fighting for your health, even if no one believes that you are sick.

My story starts back in the spring/summer before freshman year. It was at the end of basketball practice. As per usual, we were running suicides. We had run a couple of them already. The clock was set for 35 seconds for another. My foot is on the line and the whistle blows for us to start the next suicide. I round the first and second turn no problem, my foot plants incorrectly on the third line. I turn my body to head back to baseline, but my kneecap keeps going forward. It dislocates. Blinding pain overcomes me, and I let out a scream. I could not believe what had just happened to me. There I lay on the gym floor on top of my dislocated knee cap with my friends and coaches crowding around me. The ambulance was called, and 20 mins later enter the paramedics to help, but the damaged was done. From this moment forward, I will always have issues with my body when it comes to being active. The news from the doctor was to do surgery to fix the meniscus tear in my knee. Over the next couples of months, I endure some of the worst pain I have ever had to. I developed scar tissue that had to be broken — the worst pain of my life.

I completed physical therapy and got back to life. I now have little to no cushioning between the bones in my right knee. So over the years, I have had to combat tendinitis, pain with certain weather, and swelling from overuse. I even dislocated my knee cap again during another basketball game. Thank god for my knee brace, which made it not so bad.

Even with all of this, I was determined to play sports and be an active person. I have always been a runner. I guess it has to do with all the running that I did in high school. So, after I graduated, I stayed active. I was running up to 4-6 miles every day. I would go to the gym and lift weights and take workout classes. I love it.

So naturally, I wanted to run a marathon. I decided it was now or never. So, at the end of 2015, I signed up for half marathon in April of 2016. I figured if I could run a half, that I could do the full marathon. If I was going to do this, I wanted to do it right. I wanted to run it in under 2 hours. That’s a 9-minute mile pace. Now I knew this would be a challenge for me. I am not a fast runner. In high school, I was always the slowest girl on the team, but I knew that I could do it. So, I put together a running training program that started in January. I trained hard for the next three months. I was already in good shape. I knew that I could run the miles no problem, but could I keep the pace that I wanted for 13.1 miles.

I was training 6 to 7 days a week. Running 3-6 miles every day during the week and doing long runs on Saturdays. I would then do a recovery run on Sundays. I was also working two jobs at the time. I would do a long run on Saturday morning, then go work on my feet for 8 hours. I was obsessed. I freaked out if I missed a training day or didn’t make the time that I wanted. I felt like I had something to prove to not only myself, but to everyone that I could do it. Everyone knows when I get something on my mind to do, I get super hyper focused on that one thing.

About two weeks before the race, I noticed a pain on my right hip. It was sharp and radiating downing the side of my leg. I noticed it on a complete off day and just iced it. I took an anti-inflammatory and thought it would be gone by morning. But it wasn’t. It NEVER went away.

Well, I wasn’t going to not race. I had worked so hard and paid money to race. I was going to race, not matter what. I took as much time off that I could leading up the race. The morning of the race, I stretched and took an Advil. I felt it the whole time I raced, but I just put it out of my mind and prayed my way through it. I completed my race 2 mins under my goal. I know that if I hadn’t had that pain. I could have gotten closer to the 1:50 mark, which was where I really wanted to be. I was relieved. I did it, but the high from the race would be short lived.

After the race, I took about a month and a half off hoping that the pain would go away, but it didn’t. I knew something was wrong. I decided to call Andrews Sports & Orthopedic Center, the best in Birmingham, to see what was wrong. I was able to get an appointment. I was examined and determined that my hip alignment was off, because of my leg structure.

You see, I was doomed from birth. A, being a woman with wide hips, one of my legs is longer than the other, then knobby kneed, and the fact that I favor my right side. All creates the perfect storm for my knee dislocation and hip issues. Because of this, my IT band and ligaments from hips to my knees take all the stress and pressure from my lower half.

So, they recommended physical therapy. After three months of physical therapy and three dry needling attempts, the pain was still there. The next step was a steroid injection into the muscle. When that didn’t work, they did an MRI with a steroid injection into the hip joint, which did not help. The MRI showed that I had Bursitis, and that I needed to have a bursectomy to remove my bursa in my hip and to do IT band lengthening to prevent bursitis from coming back.

In April of 2017, exactly one year later. I had the surgery. I then went through 2 weeks of recovery and three months of physical therapy. The pain got better, but it was still there. The sharp pain was gone, but radiating pain was not. They said that it could take up to 1 year for it to completely to heal so, I had hope that it would get better. I went back and had one more steroid shot done in my hip which helped. But the pain had migrated from right size to my left size.

So, I went back to see the doctor to see what it was. We believed it to be Piriformis Syndrome, so I had an ultrasound guided steroid shot into my Piriformis muscle and MRI for my left hip. The MRI didn’t show much, so I was scheduled for more physical therapy. So, I did about two months of physical therapy and was dry needled three more times, but the radiating pain was still there. Toward the end of my physical therapy, I started to experience numbness in my leg, which I had never had before. This led them to do an MRI on my back, which determined that I have two bulging discs in my lower back. The inflammation is causing sciatic nerve pain. So, it was determined to do a steroid injection into my spine on one of the bulging disc. If that one does not work, then to inject the second disc.

I am hopeful that this will work. For an active person who has had to be as sedentary over the last three years, It has been very hard mentally to deal with. I have had to watch my body change over the year. I have struggle with it, because there wasn’t much I could do to change that. I was terrified that if I was active that I would make it worse, because it always flares up every time I ever tried to do anything to exercise.

Looking back now, when I was training for race, I didn’t do any cross-training. I would do some at home leg and core work, but not enough strengthening to support my muscles. Also, a few months before I started to train, I was in a serious car accident, which I believe to be when I did my back in. Along with just over use of not lifting items correctly by over the years. I am just trying to stay as positive as possible and not giving up hope that one day I will be pain-free.

Having a pain every day all the time is hard to deal with, epically when you walk around and look fine. You start to second guess yourself. Is this real or is it all in my head? Just keep fighting and don’t give up for your health or anything that you want in life. I am going to keep pushing forward no matter what.

You may also enjoy: 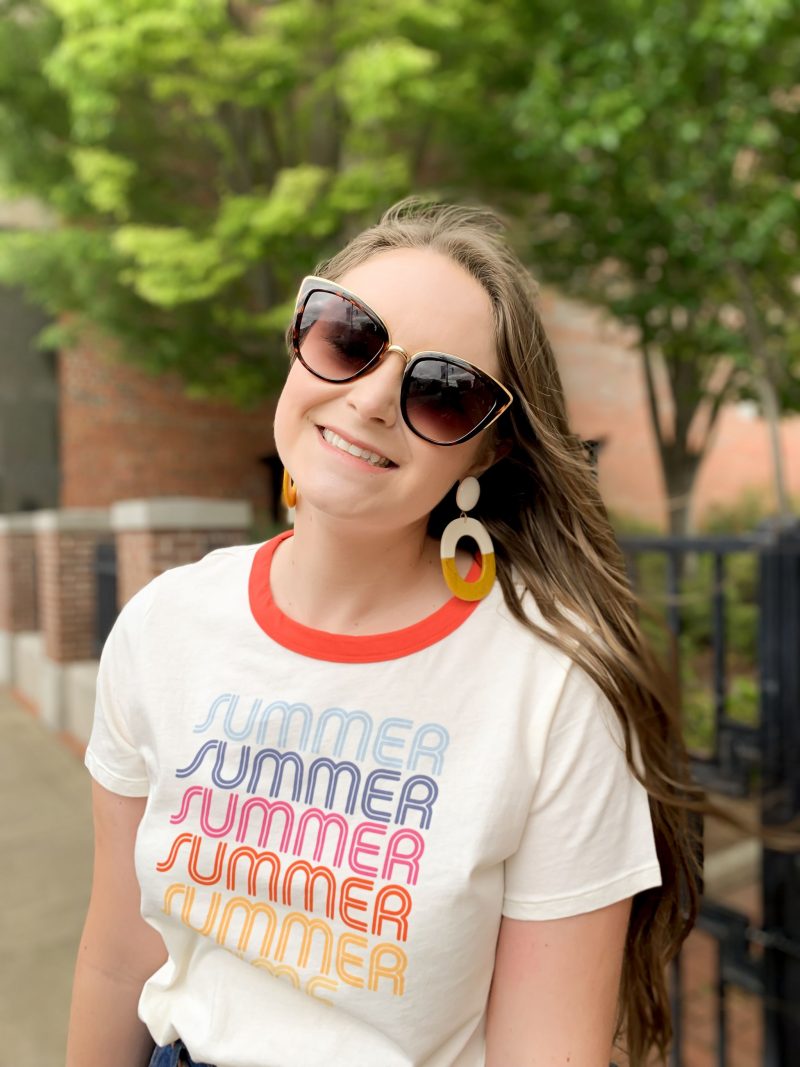 Hi there, I'm Samantha! Welcome to my blog! It is so nice to have you here. Let's connect!

END_OF_DOCUMENT_TOKEN_TO_BE_REPLACED

Your first update will be arriving soon!

How to Wear Palm …